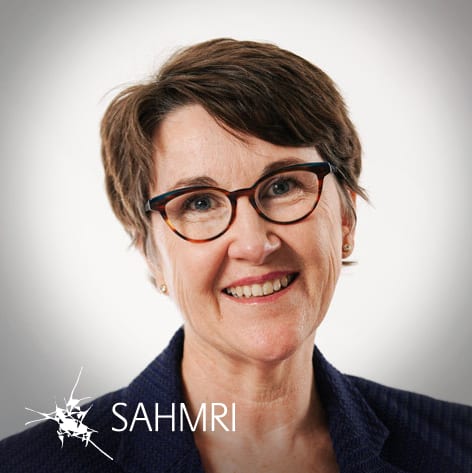 Dr. Merryn Netting is a pediatric dietitian and researcher at the South Australian Health and Medical Research Institute (SAHMRI).

She is also an Australian National Health and Medical Research Council (NHMRC) Early Career Fellow, and works as a dietitian at the Women’s and Children’s Hospital in Adelaide, South Australia, Australia.

Early in her career, Dr. Netting became particularly interested in the eating patterns of young children under 2 years of age and even more specifically, in infant feeding for allergy prevention.

Due to the vast amount of conflicting information available to parents, she wanted to determine a more efficient and comprehensive way to communicate with new parents about preventing allergies in their infants and toddlers.

“For me, it’s about getting clear and concise messaging for parents. How do parents actually wade through all the conflicting information that they get around how to feed their babies? – to find something that’s clear and concise and accurate,” Dr. Netting reflects.

In late 2018, Dr. Netting and her research team began recruiting for the BabyEATS study.

The study set out to answer 2 main questions: First, when are parents introducing allergy-causing foods into their babies diets and how often are they giving those foods between 1 and 2 years of age?

Secondly, is text messaging a useful education tool to remind parents to give the allergy-causing foods?

The study consisted of 2 main parts. The first arm of the study conducted a survey with parents of kids under 2 years old, asking what the children were eating, particularly about how often they’re eating allergy-causing foods.

The second arm of the study was a randomized control trial consisting of recruited families of babies before they started eating solids.

The team provided the enrolled families with the most up-to-date infant feeding advice from the Australasian Society of Clinical Immunology and Allergy (ASCIA).

In addition, half of the second group’s participants received regular text messaging with practical tips, such as how to safely give peanut paste to a 6-month old child or how to safely introduce eggs.

Unique Struggles for the Research Team

While Dr. Netting and her study group are all seasoned researchers, this trial posed some unique and new challenges.

“There were a few hoops to jump through before we could recruit online because this was the first study the institute had done using online targeted recruiting, so we needed to speak to the human research ethics group,” she says.

Ultimately, there were a lot of firsts: Not only was this the first time recruiting online, it was the first fully-virtual study anyone in the group had ever conducted.

Dr. Netting and her team decided to start with more traditional recruitment routes. They hoped to find enough participants to complete the study without putting too much emphasis on online recruitment.

The research team began furiously recruiting for the BabyEATS study, using every network connection they had. They pushed out information on Facebook in local mothers groups and other partner social media pages.

“The recruitment was quite slow. We were looking for 300 participants total and I wanted to have the recruitment done by June of 2019, but it was not going to be achievable.”

Dr. Netting personally did some time-intensive, face-to-face recruiting in clinics, handing out flyers to clients with children in the target age group.

“I’d had posters in the local pediatrics and pediatricians’ offices. We’ve got a couple of big pediatric practices, so they sent out information for me as well,” she says.

In addition, Dr. Netting had some public speaking opportunities at well-attended talks put on and marketed by SAHMRI. There were a few stories on news media, and Dr. Netting did several radio interviews.

Despite all their effort, “The recruitment was quite slow,” Dr. Netting explains.

“We started recruiting in late 2018. I realized pretty early on that it was slow. We were looking for 300 participants total and I wanted to have the recruitment done by June of 2019, but it was not going to be achievable.

“You’d see a few people apply after the initial event, and then it would drop off pretty quickly. It was hard to keep the momentum going,” Dr. Netting says.

She estimates they were able to recruit just 50-70 participants out of the 300 they’d hoped for in the first 6 months of study recruitment.

The team saw they gained some benefits but ultimately realized they’d have to keep pounding the pavement for recruitment to be continuous.

“You’re always worried that you’re going to spend money on services that won’t work for your study, but Trialfacts had a fairly clear idea of the participants they could provide. We looked at a few different trial recruitment agencies before ultimately deciding to work with Trialfacts. It seemed like you had the experience and had some clear examples of other groups that you’d worked for.”

They knew they needed to consider other options to complete their recruitment in time. One of Dr. Netting’s main concerns was being a good steward of the group’s funding.

“You’re always worried that you’re going to spend money on services that won’t work for your study, but TrialFacts had a fairly clear idea of the participants they could provide,” Dr. Netting says.

“You know, we looked at a few different trial recruitment agencies before ultimately deciding to work with Trialfacts. It seemed like you had the experience and had some clear examples of other groups that you’d worked for.”

“Everything just seemed to align with what we needed. The Due Diligence Process wasn’t difficult and it was thorough. We had some funding for recruitment, so we dipped our toe in!” she says.

An Online Recruitment Strategy for an Online Study

It didn’t take long for Dr. Netting’s team to see a positive outcome in their recruitment efforts with Trialfacts.

“It was amazing to see people clicking into the study and seeing the referrals transfer into enrollments. We can track that quite easily through the online software that Trialfacts provides. We were getting 20 or 30 new participants after each round of ads, so it went quite quickly; we hit our numbers.”

“When we first started the online recruiting, it was quite amazing just to see the numbers!” she laughs.

“It was amazing to see people clicking into the study and seeing the referrals transfer into enrollments. We can track that quite easily through the online software that Trialfacts provides. We were getting 20 or 30 new participants after each round of ads, so it went quite quickly; we hit our numbers.”

Our interactive spreadsheets track each potential participant in real-time as they inquire, and are easy to use and filter.

Dr. Netting says that if they could go back, she should have done recruitment a little differently from the beginning.

“Given that the study was all online, I would definitely have embedded the online recruiting into the original protocol and got that going earlier because it meant we would have had our outcomes finished earlier – I reckon 6 to 12 months.”

“We would have run with targeted online recruiting from the start. It was amazing to see that people wanted to be in the study,” she adds.

Emerging with a Clearer Picture

“We’ve analyzed the comparative group and we’ve found that they are mostly including and have introduced allergy-causing foods into their kids’ diets. However, they’re not eating them regularly. So, one of the things we’ve done is a little bit of translational work.”

In total, Dr. Netting’s team was able to recruit 189 participants for the BabyEATS study. 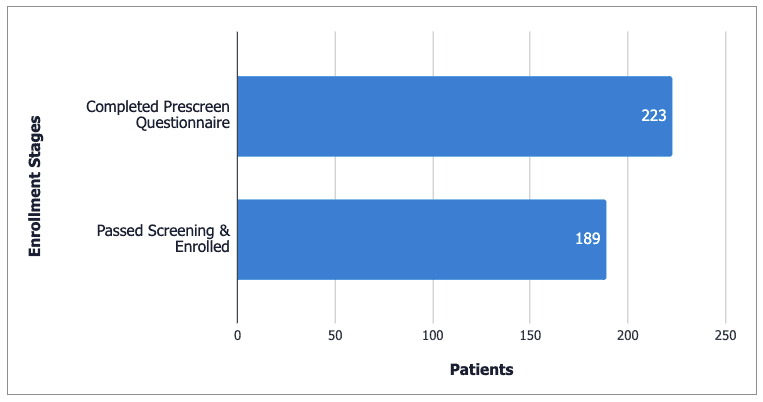 Using our unique Due Diligence process, we are able to estimate how many participants you need at each step of the enrollment funnel in order to fill your study.

Making an Impact on Future Studies

The team has learned a lot from the BabyEATS study, and not just about how best to communicate with new parents.

Some of the research data has been incredibly inspiring.

“There is a lot of altruism – a lot of people interested in being involved in research. With COVID, we’re finding a lot of people are sitting at home, looking for positive stuff to do,” Dr. Netting says.

The team also has learned how to better organize their recruitment and strategize more effectively.

“With the next studies we’re working on, we’ve strengthened our communication a bit more by using the reports and spreadsheets Trialfacts provides more effectively,” she shares. “We’re able to target our recruitment a little bit more.”

The BabyEATS study has resulted in a wealth of information for Dr. Netting and her research team.

As she moves into analyzing the data from the study, she’s confident about the positive impact the team’s contribution will make to the conversation about infant and toddler eating patterns.

“It will help inform the way we provide parents information about allergy prevention,” she says. “I think it’s really going to be informing for the National Allergy Strategy and the Allergy Prevention Project.”